On April 30, 2018, my article on the California Supreme Court Dynamex minimum wage decision and its potential impact on real estate set off a firestorm of responses. Since then, I’ve researched the decision in more depth and also have interviewed multiple real estate CEOs, COOs, and attorneys with the goal of uncovering current business models that would work well in an environment requiring real estate agents to be paid a minimum wage.

Let’s begin with where the attorneys seem to agree.

Caveat: Before making any change to your current policies, have them reviewed by a labor attorney first.

Did the California Supreme Court Have Real Estate on Its Mind? You Decide
Rather than delving into the pros and cons of the legal arguments about the interpretation of Dynamex given that involved wage orders for a nationwide, same-day courier and delivery service, is there anything in that decision that indicates this might impact real estate?

Indeed, there is. On page 77, the same page on which the court renders its final decision, the court cites a 1995 case in Connecticut, Tianti v. William Raveis Real Estate. 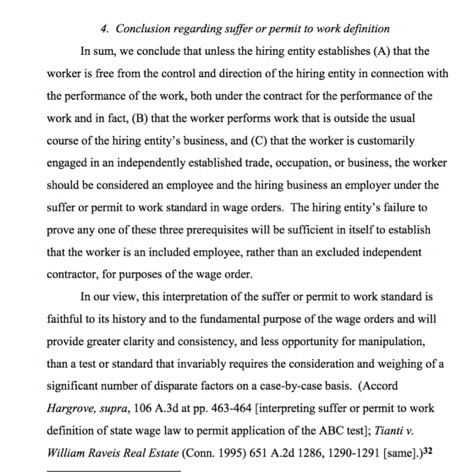 While I’m unqualified to comment on the legal nuances of the reference to Raveis, what is clear are the facts regarding that decision and how the Connecticut Supreme Court ruled.

Tianti vs. Raveis
The dispute began when William Raveis offered to pay a full commission to “whichever of his salespeople first located a suitable office in New Haven.” The two individual plaintiffs involved Marilyn Lyren, the manager for two offices, and Marilyn Gluck, the salesperson who claimed to have located the property. Initially, the two plaintiffs claimed that they were employees while the defendant Raveis claimed they were independent contractors.

On the surface, this is a classic commission dispute between the broker, a manager, and an agent. What’s notable about Raveis is that the agent and the manager were NOT the ultimate plaintiffs when the suit was filed. Instead, the suit was brought by the Connecticut Labor Commissioner “to enforce the wage laws of the State of Connecticut.” (Remember, that Dynamex decision is about “wage orders” in California.)

Each of the claimants, although they worked in different offices and at different jobs, were subject to substantial control by William Raveis, Inc. Each operated under the Raveis name, not under her own name, each had to view various training tapes and a required book; each worked on a commission which was paid to them by William Raveis, Inc., after it received a commission from the buyer of any property that these people handled for the Raveis Company. Their commission was set by defendant. Each had to attend training programs.

Mrs. Gluck had to put in a certain amount of floor time, i.e., time when she was in charge of the office. Ms. Lyren was required to put in 40-hours per week plus an appearance on weekends. Their work place was provided for them by the Raveis Company. They were provided with a desk, office supplies, business cards and letterheads on which there appeared the William Raveis, Inc. name.

As to each her license was held by the Company. Neither could sell for any other company under the rules of William Raveis, Inc., and applicable statutes. Each was subject to the rules set down in the Raveis Training Manual (Exhibit K). Each was expected to fulfill certain goals which were set for them by the employer. The manager was expected to motivate the employees.

A detailed examination of the training manual furnished by William Raveis to the employees can lead only to one conclusion and that is that these people, both the salesperson, Mrs. Gluck, and the manager, Ms. Lyren, were employees of the William Raveis, Inc. and not independent contractors and their compensation amounted to a wage within the intendment of the statute. Applying the ABC Test referred to F.A.S. International, supra, leads to the same result.

The manager was probably even more subject to the control than the salesperson but in either case each was sufficiently within the control of the employer to warrant the labor commissioner bringing this action under the provisions of 31-72. It is the opinion of this court that judgment should be rendered in favor of Marilyn Gluck's claim to the commission promised by William Raveis, Inc. for locating suitable office space in New Haven.

DON’T PANIC, but DO Create a “Plan B”
Here’s the bottom line: the attorneys agree that Dynamex will have to be litigated and in California, that can take up to 5-7 years. Nevertheless, future rulings relying on the Dynamex decision from lawsuits filed in other industries could result in real estate industry becoming collateral damage. Given this possibility, taking a wait-and-see-attitude seems risky at best.

As I have interviewed CEOs and COOs of the country’s major brands about this issue, there are a wide variety of ways that we can move forward without completely decimating the industry as we know it now. Part 3 below explains how agents and brokers can be prepared. 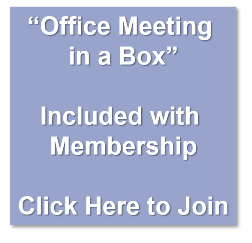